Spaceteam is a co-operative card game based of the very successful App of the same name. Basically what this game does is put players in command of a quickly failing space ship as they have to yell across the table for the parts they need. It might sounds hectic and crazy, and that’s because it is. Can you forge the perfect team of space engineers or will it devolve into a mess?

Below we created a quick overview, a personal review and some custom drinking rules. This game is a bit too fast paced to drink while playing so we made all the drinking happen between rounds. Which works well because rounds only last about 5 minutes.

For the visual learners out there there’s a quick 130 second how-to-play guide online.

The goal is to keep your ship running and discover all of the Systems Go cards before the timer runs out and the Spaceship gets hurled into a black hole.

Everyone playing is dealt a hand of components. A deck is also comprised of Malfunctions, Anomalies and Systems Go cards. Each player gets a portion of that deck.

It’s important to know that this is NOT a turn based game. So once the timer starts it’s go-go-go! The aim is for each person to sift complete the Malfunctions and Anomalies in their own deck in an attempt to unearth the Systems Go cards. Everyone is in charge of their own sector and solves the top card on their deck before moving on to the next.

We were introduced to this game after already having a great time with the App. We definitely suggest that if anyone is thinking about getting this game they download the Free App first and see if they like it since they are very similar.

This is a very light game. Taking only 5 minutes to play. So it makes for a great game to play between rounds of other more meaty games. It’s a lot of hectic fun and is a great ice breaker since you need to shout and scramble to win the game. Great for warming people up to a game night.

We found the difficulty pretty simple, but luckily there’s multiple different difficulties so you can scale it up. It’s a fun time but we wouldn’t sit around playing it all night.

If you include these rules you might not need to adjust the difficulty at all. Since drinking makes this game exponentially harder. All drinks are had between rounds as to not disrupt the quick paced nature of the game.

At the end of the game 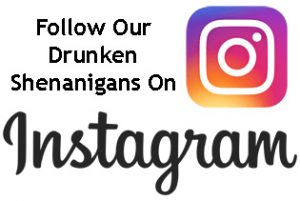 Back to Top
Attention Spring Breakers

Due to the recent spread of Covid-19. We urge all of our visitors to refrain from any and all drinking games that involve sharing cups, cards, dice or any kind of contact. Please, if possible, stay away from bars, parties or any large gatherings.